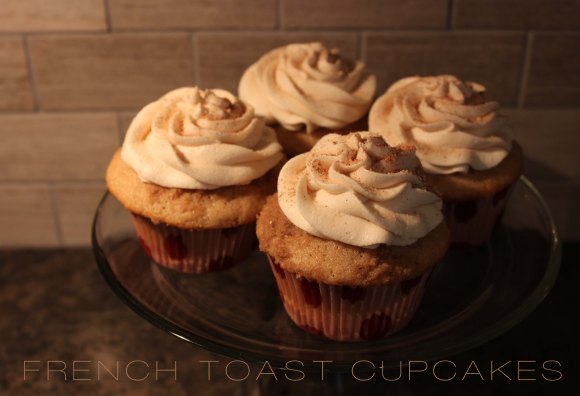 I am addicted to sugar. Yes, I like my fair share of white sugar, brown sugar, and certainly icing sugar. But one of my absolute favourite ways to enjoy the sweetness is through delicious maple syrup. Sometimes, I only make pancakes or french toast because I’m craving syrup (I don’t actually really like pancakes that much). I have been on a three day break from school, so I decided to spend my last full day off baking up a storm and experimenting with tasty flavours. 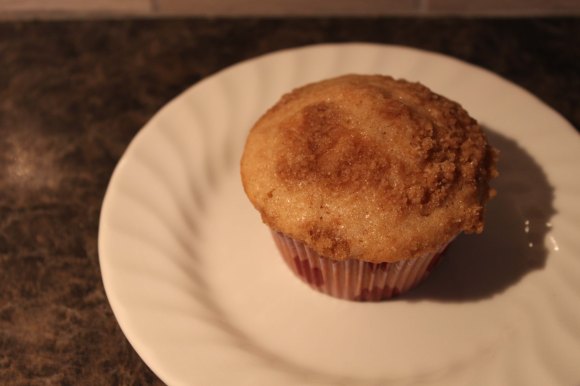 I whipped up a fairly classic cupcake recipe, but substituted maple extract for the vanilla extract. This gave a faint maple flavour. I also made some streusel to give the cupcakes a little bit of crunch. They baked quite nicely, coming out fairly light and very soft. They tasted so delicious on their own that I ended up snacking on a few before I even got around to adding the maple syrup buttercream. Beware: they are addictive. 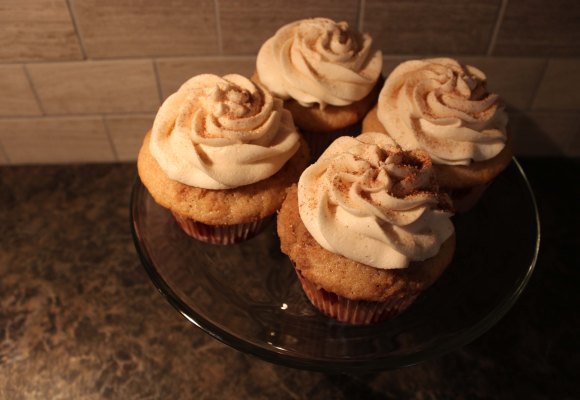 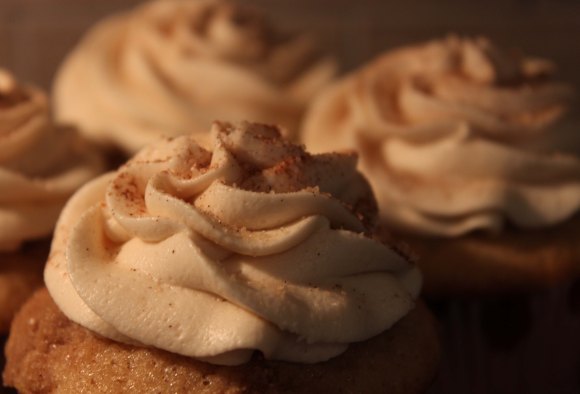 When the cupcakes were cooled, I topped each with a swirl of maple syrup buttercream. I was unfortunately out of pure maple syrup, but I made do with a little maple extract and butter-flavoured table syrup. I then sprinkled each with a cinnamon-sugar mixture to add a special touch. The finished cupcakes were soft, sweet, and slightly crunchy–all the good things about french toast. 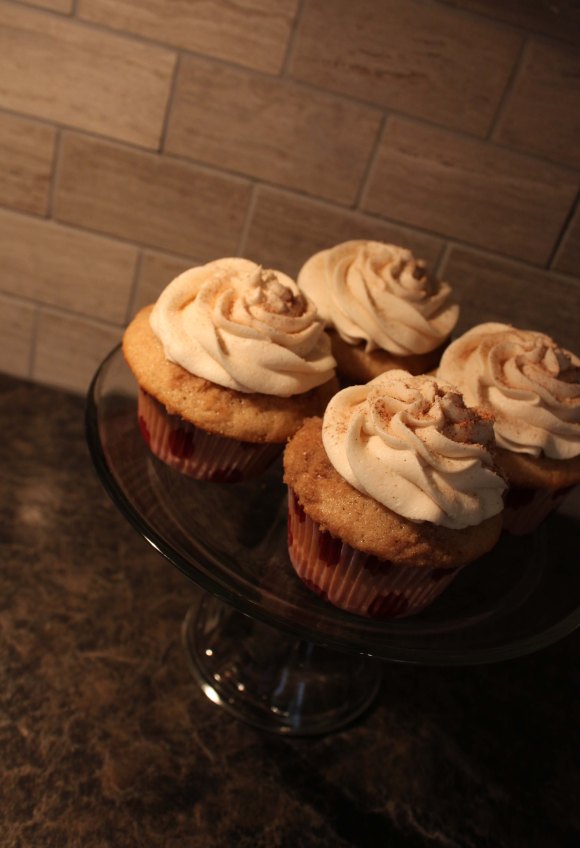 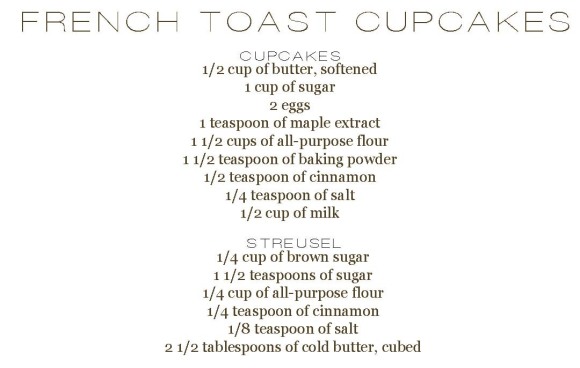 Preheat the oven to 350 degrees. Line a muffin tin with paper cupcake liners. Begin by making the streusel. Combine all of the ingredients in a small bowl. Using a fork, break up the cubes of butter until they resemble small crumbs. If needed, rub the butter between your fingers to break it up even smaller. Place the streusel in the fridge while you make the cupcakes.

Cream together the butter and the sugar. Add the eggs one at a time, mixing well after each. Mix in the maple extract. In a separate bowl, combine the flour, baking powder, cinnamon, and salt. Add the flour mixture alternately with the milk to the wet mixture, beginning and ending with the flour mixture (3 additions of flour mixture, 2 additions of milk). Mix only until incorporated. Divide evenly between the muffin cups. Sprinkle a generous amount of the streusel on top of each cupcake. Bake for 23-25 minutes or until toothpick inserted in the center comes out clean. Allow to cool completely. It will make approximately 12 cupcakes.

For the maple buttercream, cream 1/2 cup of softened butter with 1 3/4 cups of icing sugar. Add a tablespoon of milk, two tablespoons of maple syrup and a sprinkle of salt. Beat until light and fluffy. Add additional milk or syrup to taste. Transfer buttercream to a piping bag fitted with your desired tip and top the cooled cupcakes. Combine sugar with cinnamon and sprinkle on top of each. 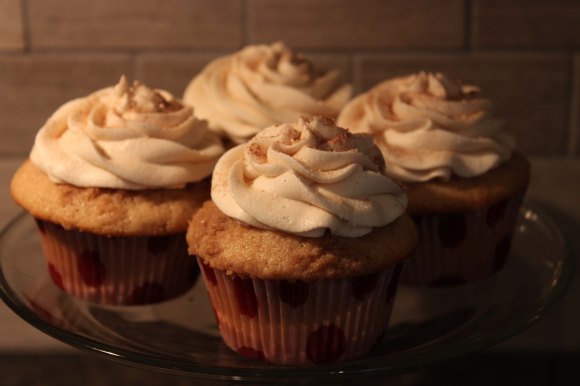 These cupcakes are so tasty that you will certainly want to eat them for breakfast. But that’s ok because french toast is a breakfast food, right? I hope you are all having a wonderful weekend. I hope you are finding every excuse to enjoy something tasty and sweet on these chilly autumn days!